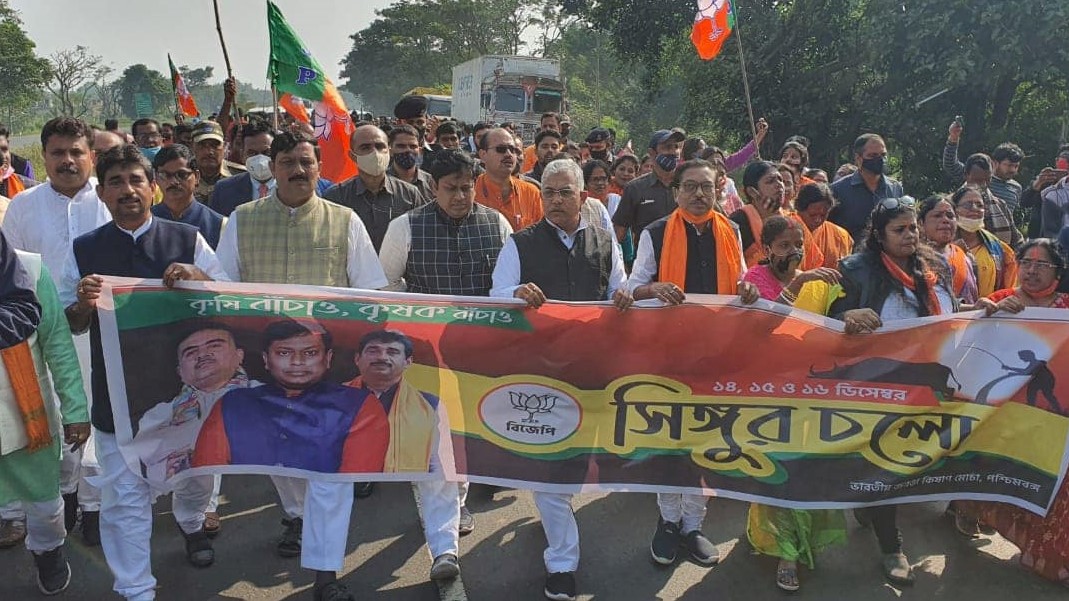 The BJP will on Tuesday, December 14, 2021 launch a three-day sit-in at West Bengal’s Singur to corner the Mamata Banerjee government over the plight of farmers in the state.

The sit-in has been called to press for a seven-point charter of demands for farmers, including seeking a minimum support price (MSP) for their produce and reduction of value added tax (VAT) on fuel.

Other demands include abolition of middle-men and fair price for farmers’ produce, besides lowering of power tariff.

The charter of demands mentions a package for farmers who suffered heavy losses in unseasonal rains and making ‘kisan mandis’ functional in different blocks.

BJP spokesperson Samik Bhattacharya said Singur, located in West Bengal’s Hooghly district, has been chosen as the site of protest as it was where Mamata Banerjee launched an anti-land acquisition movement 14 years ago, considered one of her most prominent political battles.

“But, now she has forgotten about the farmers after coming to power, and there has been no industrial growth in the state during her tenure,” he claimed.

Recently Leader of Opposition Suvendu Adhikari met Governor Jagdeep Dhankhar along with several members of the Kisan Morcha and handed over the list of demands to him.