Kishore Kar is a West Bengal based politician, the Ex-President of Kolkata North Suburban District (KNSD) of Bharatiya Janata Party (bjp.org) since 2019 to 2021. He served as IT and Social Media Head of BJP West Bengal in the year of 2013 to 2016. Later he was appointed as Co-Convener of State Co-Operative Cell of BJP West Bengal. In the year 2017-2019, he has been appointed as Co-Observer of BJP Hooghly District and later become Observer. He worked successfully two years to mark his impression.

Professionally he is a Business Associate of Kotak Securities Ltd., a leading stock broking company in India. An active retail investor in Indian stock market across various instruments like equity, mutual fund etc.

Mr. Kar was born in a middle-class, small-town Bengali patriotic family. His grand father Late Dr. Mahendra Kumar Kar was a renowned Homeopathic doctor. His father, Sri Nepal Chandra Kar, was an army personnel, who fought for his motherland during the Indo-Pak war, 1971. From his childhood, he had a keen interest in ancient Indian Culture, tradition and glorious history. He proficiently adopted the sense of nationalism from his family, especially from his army father.

He was introduced to the Rashtriya Swayamsevak Sangh (RSS) and Akhil Bharatiya Vidyarthi Parishad (ABVP) in the month of May 1989 by ABVP leader Dr. Sanat Kumar Mondal and RSS Pracharak Shri Ramapada Paul. He was later inspired by Late Shri Tapan Ghosh (RSS Pracharak) in the period of the Sri Ramjanmabhumi movement and worked until 2009. Kishore Kar held various positions from the local unit level to the national level and has long experience in student politics, around 20 years, and social work as well. Starting from his political career, he traveled around different parts of rural and urban/suburban West Bengal and as well as many states in India for organizational works and visited a number of educational institutions in various districts of West Bengal. 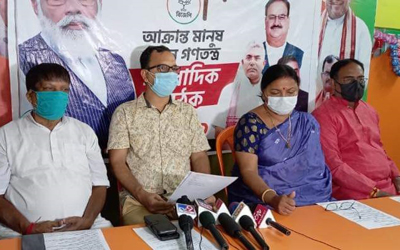 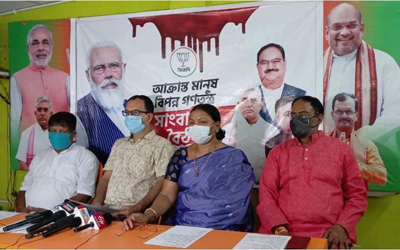 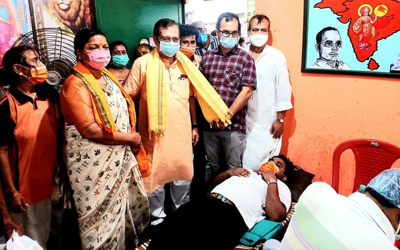 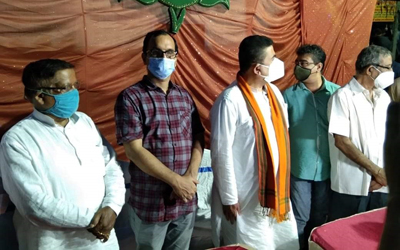