Kishore Kar is an West Bengal based politician, the Ex-President of BJP Kolkata North Suburban District (KNSD) since 2019 to 2021. He served as IT and Social Media Head of BJP West Bengal (www.bjpbengal.org) in the year of 2013 to 2016. Later he was appointed as Co-Convener of State Co-Operative Cell. In the year of 2017 to 2019 he has been appointed party’s Co-Observer of Hooghly District and later become Observer. He worked successfully two years to mark his impression.

Professionally he is a Business Associate of Kotak Securities Ltd., a leading stock broking company in India.

Mr Kar was born in a middle-class, small town Bengali patriotic family. His father, Sri Nepal Chandra Kar, was an army personnel, who fought for his motherland during Indo-Pak war, 1971. From his childhood he had keen interest in ancient Indian Culture, tradition and glorious history. The BJP launched a “special micro-donation campaign” on the birth anniversary of former prime minister Atal Bihari Vajpayee on Saturday, seeking to raise funds through small contributions from its members and others. Several BJP leaders, including Prime Minister Narendra Modi, made donations and urged others to contribute.

BJP president J P Nadda said, “Our karyakartas will connect with millions of people through this micro-donation campaign. ‘Donation’ module in the NaMo App will be the medium through which we will collect these donations. I seek the blessings of people to strengthen the world’s largest nationalist movement.”

The campaign will continue till February 11, the death anniversary of the party’s ideologue Deen Dayal Upadhyay.

Politics as a means to serve the Nation: From modest beginnings, the BJP has grown steadily to emerge as a stable pole of Indian politics. Our growth is rooted in our distinctive ideology and the tireless dedication of millions of our karyakartas throughout the country. In Dr. Syama Prasad Mookerjee, Pandit Deendayal Upadhyay ably assisted by Shri Atal Bihari Vajpayee and Shri Lal Krishna Advani, we have a leadership that has guided and inspired our Party for decades. For the BJP and the fraternal organisations that constitute our extended Nationalist Parivar, politics and power have never been ends in themselves, but a means to serve the people and to contribute to India’s attainment of Param Vaibhav (peaks of glory).

The BJP is pledged to build up India as a strong and prosperous nation, which is modern, progressive and enlightened in outlook and which proudly draws inspiration from India’s ancient culture and values and thus is able to emerge as a great world power playing an effective role in the comity of Nations for the establishment of world peace and a just international order. The Party aims at establishing a democratic state which guarantees to all citizens irrespective of caste, creed or sex, political, social and economic justice, equality of opportunity and liberty of faith and expression. The Party shall bear true faith and allegiance to the Constitution of India as by law established and to the principles of socialism, secularism and democracy and would uphold the sovereignty, unity and integrity of India.

The BJP stands for strong national defense, small government and free-market economic policies. Integral humanism has been its core philosophy and identity ever since its inception. 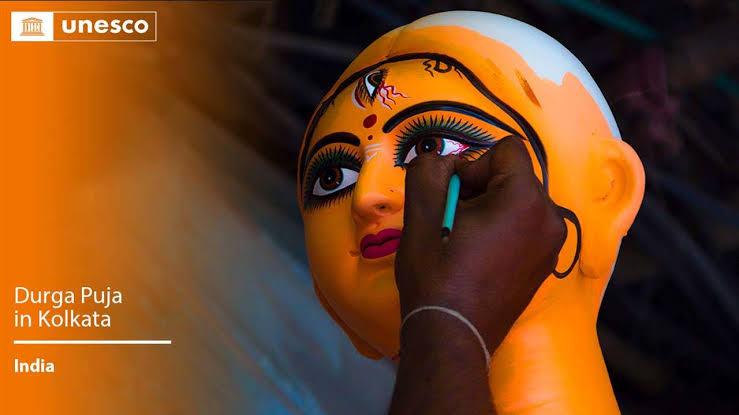 #Facts: Durga Puja in Kolkata had been nominated by the Narendra Modi government way back in 2019 for attaining UNESCO Intangible Cultural Heritage (I… Kolkata Police, in collaboration with UP ATS, arrested 20 Bangladeshi nationals living illegally after raiding a building in Anandpur area of Kolkata….