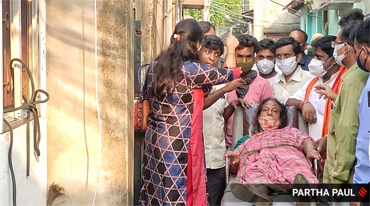 What Bengal thinks today India thinks tomorrow – These words by Gopal Krishna Gokhale describe the historical significance of Bengal, imagining its future as a progressive state.

Unfortunately, West Bengal didn’t quite live up to Gokhale’s words. The violence that followed the Bengal election results is anything but democratic or progressive. After Mamata Banerjee led All Indian Trinamool Congress (TMC) restored power for the third consecutive term, several areas witnessed blood-shed, mob violence, and brandishing of lathis and iron rods. Amidst the violence, on May 17, the Central Bureau of Investigation (CBI) arrested three TMC MLAs and a former minister, which caused more drama.

Bengal post-poll violence refers to the violence-including murders, rapes, and vandalism that are reported to have happened in various parts of West Bengal after the announcement of results of the May 2, 2021, West Bengal Legislative Assembly election. In reality, it was the continuation of the violence that took place across the state during the election.